What ever happen to the days of the backlit afro? When it was cool to surround yourself in a luminescent halo of perm? Kinda akin to the baby Jesus.

De Blasio recently rode his son’s afro into the NYC Mayor’s Office, but I have yet to see a backlit-afro-fade-in used to its full crowd-illating magnificence. Opportunity lost, if you ask me.

Well, we can’t say the same about Lionel “The Lion” Richie. He obviously knew how to use this effect to its utmost potential.

This beautiful practice has gone the way of the Bouffant; crushed and repressed by the rise of  Jheri Curl, which effectively trended the afro-toting community into letting their Soul Glow.

This CRAP goes out to Marco Stevie Come Inside. If lovin’ the Lord is wrong, he don’t wanna be right!

So fine, don’t you agree,

Just a bit outside

And a big FUCK YOU to you Mr. President. How does it feel, scum bag? Unfortunately, I’m quite sure you don’t care…

Not that I give a shit about our boy president. I tend to think he has about as much influence on decisions being made in the White House as his intellect would suggest. I’m sure the persuasion goes something like, “Hey G Dub, sign this and you’ll get an extra hour in the Whopper Hoppeeeeer!” 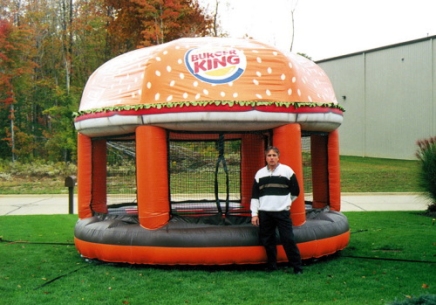 They might as well be putting a bobble-head monkey behind the press podium. His prepared speeches are so repetitious and predictable that even I have started to get them memorized, yet this Yale graduate still can’t get’em right. Every time this guy gets up to say something, America cringes while he blindly gropes his way through another losing brawl with the English language.

Who’s worse, the president or the people who voted for him? YOU MAKE THE CALL:

“Thank you very much, Miss South Carolina.”    The way A.C. Slater maintained his composer is admirable.

I apologize…I know this whole George W. Bush spiel is kinda old, but I just can’t help myself. It’s so easy, and I just can’t believe the state of our Union at the moment.

“The leaders of the free world are just little boys throwing stones. They’re easy to ignore ’til they’re knockin’ on the door of your home….Seems we’re dropping the baton like the 60’s never happened”

“This town needs an ENEMA!”

I had this CRAP on cassette, but I think I gave it to baby Rishar along with my DJ Jazzy Jeff and the Fresh Prince tape. One of the best Movie Tuesday CRAPs ever. Also a Pelham Camp Wreak classic.

Go with a smile,

Since G (whiz) Dubya BUSH has made it nearly impossible for Republicans and white men to run for President, we have been left with two aspiring hopefuls ready to make history.

Barack Obama, “the lowly son of a goat herder”, has brought himself from out of obscurity into his current position as the clear front runner. Due to his views on multilateralism and mundialization, Obama has managed to rally the support of every Hip-Hop, R&B, and Rap musician… This was shortly followed by the support of every young American tall enough to pull a voting lever and/or click a mouse. He further secured his bid for the White House when an extremely successful YouTube music video, invoking his “Yes We Can” speech, aired a few weeks ago:

For a long time now, candidates positions on key issues hasn’t mattered much…however, what has mattered is how well they can “Rock the Vote”. Blogs, Vlogs, and other streaming media has presented a refreshingly new platform to politics. It provides the opportunity for a less diluted approach to public presentation, giving people a new method of developing perceptions.

Apparently, in an attempt to show how in touch she is with today’s youth culture (as well as how white she is) some brain trust on Hillary’s PR team put together this “hip” piece:

I love the way the beginning alludes to the saxophone that worked such magic for Bill’s campaign. If I was Hillary, I would find whoever put this after school special together and club them with that sax.

Are you kidding me!?! I thought the mass distro letter from Chelsy begging us to give her Mom a chance was desperate, but this takes the cake. I had an easier time watching 2girls1cup, than this crude, oozing insult. Fuckin’ pathetic.

I searched my entire CRAP archive and couldn’t find a better steaming heap to ring in this President’s Day weekend. Thanks Hillary, for making my job that much easier.

P.S. And piss on you for using “Hillary4U&Me”, because it is too close to our UCMeUCCB!

My mother always said that I needed to stay politically active, because I was part of the problem if I wasn’t part of the solution. Good advice.  However, as I grew, I witnessed that I was living in a country that found getting a blow job to be a problem, and militant invasions of sovereign countries to be a solution. Hmmm…decisions, decisions. Sorry mom, but I’ve always been a problem child.

“I ain’t votin’ for no limp wristed son-uma-bitch who wears no pink tie!”

Yeah, you tell’em Daryl! While you’re at it, why don’t you go fuck your other brother Daryl, you ignorant piece of shit. And these are the people who are breeding at prolific rates. I’m as patriotic as the next guy, but it seems the demographics and political mindedness in the US has gone to CRAP. I’d rather spend the time with my daughter, pondering the decisions of Winnie the Pooh, than waisting it on a misled, misinformed populace.

And on that note, without further ado, here is your Movie Tuesday CRAP from my favorite CRAP soundtrack maestro Kenny “the Log” Loggins.

Counting all the bees in the hive,